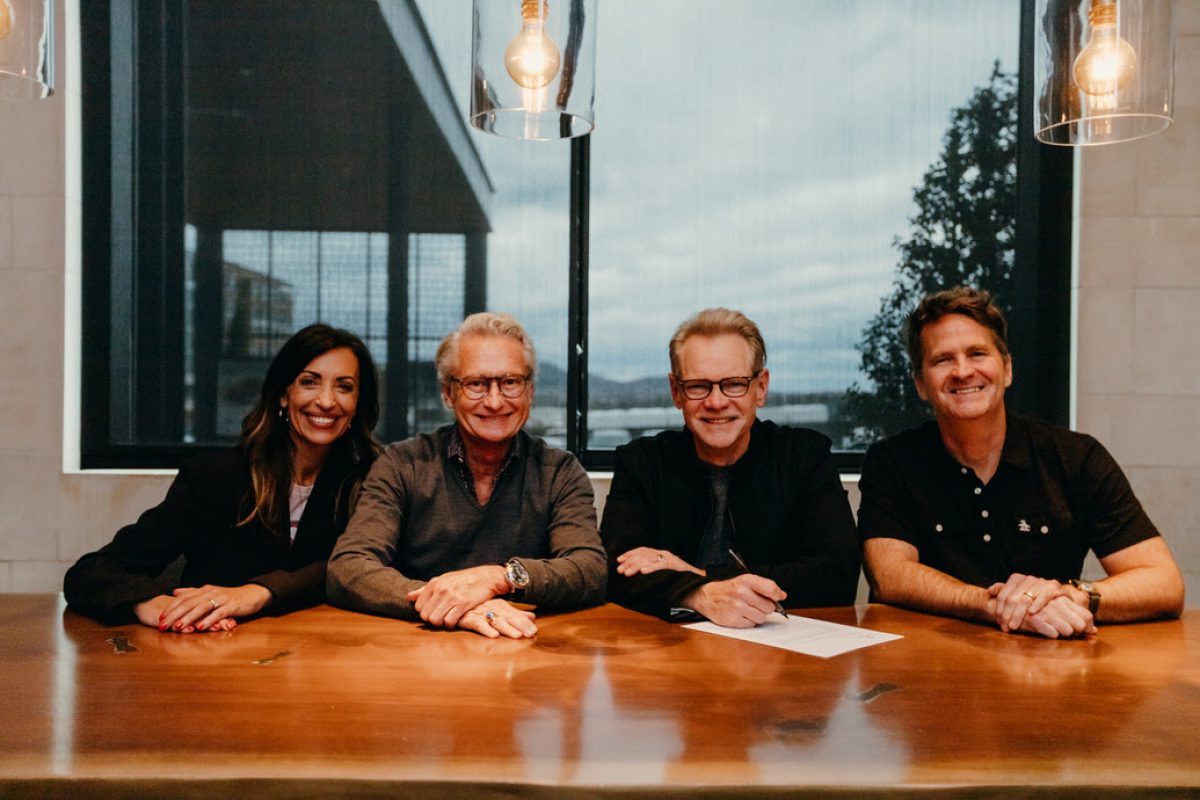 Holly Zabka, SVP, Essential Music Publishing and Head of Creative for PLG, Terry Hemmings, President/CEO of Provident Label Group, Steven Curtis Chapman, Blaine Barcus, SVP A&R for PLGNASHVILLE, TN (May 27, 2022) Celebrating 35 years since his debut album was released, multi-GRAMMY® Award-winning artist Steven Curtis Chapman has penned a new deal with Provident Label Group to release new music. Today he releases the first song, “Still,” from a forthcoming project with PLG, and it can be heard here. The official music video for the song will premiere at 7 PM Central on his YouTube. He will also host a special live stream before the premiere of the music video from backstage at the Grand Ole Opry, where he will then premiere “Still” for the first time in front of a live audience. “Still” was co-written by Chapman, Bryan Fowler (TobyMac, Ryan Stevenson), and Micah Kuiper and produced by Chapman, Fowler, and Kuiper. “Thirty-five years ago I released my first record, and began what a songwriter once called a ‘great adventure,’ Steven Curtis Chapman shared with Billboard.com announcing this news. “I never imagined in my wildest dreams that I’d have the opportunity 35 years later to once again pour out what’s in my heart onto ‘the page’ and into a recording like this newest project. These unprecedented times we have all been journeying through have stirred me deeply, and these songs and this record have come from that deep place…these songs are as honest as any I’ve ever written. Like the lyrics of my new song state, ‘It’s been beautiful, and terrible, more painful and more wonderful than I ever could’ve known, and even so…Still, I’m gonna sing about the One who’s given life to me! I’m very grateful to my friends and family at Provident for believing in this project and showing me the support and encouragement they have with this upcoming release.'”As the most awarded artist in the genre, he last worked with PLG in 2016 with the release of hisWorship and Believe album. Chapman has since released an independent bluegrass album Deeper Roots: Where The Bluegrass Grows in 2019, which earned him his 18th GRAMMY nomination, his second No. 1 on the Billboard Bluegrass Albums chart, and his first No. 1 on the iTunes Country Albums chart. “We are incredibly honored to again partner with Steven Curtis Chapman for his newest project on Provident Label Group,” states Terry Hemmings, President/CEO of Provident Label Group. “Steven has pioneered this genre with his personal and timeless songs that have garnered him historical numbers of awards, accolades, No. 1 albums, and radio singles throughout his storied career. It is a privilege to work with this talented artist and his team to help carry these new songs to listeners worldwide.”Champman will also be performing and hosting the Songwriters Showcase on Saturday at the annual KLOVE Fan Awards weekend.

ABOUT STEVEN CURTIS CHAPMAN: In a career that has spanned over 30 years, Steven Curtis Chapman is the most awarded artist in Christian music history with 59 Gospel Music Association Dove Awards, five GRAMMY® Awards, an American Music Award, 49 No. 1 singles, has sold more than eleven million albums with ten RIAA-Certified Gold or Platinum albums to his credit. He has appeared on Good Morning America, CBS Sunday Morning and This Morning, CNN, MSNBC, 60 Minutes, E! Entertainment, The Today Show, Fox & Friends, The Tonight Show, and Glenn Beck’s The Blaze along with appearing in the pages of People, Billboard, Parents Magazine, and more. A vocal supporter of adoption Chapman along with his wife Mary Beth founded Show Hope in 2003 a nonprofit organization that helps restore the hope of a family to orphans.