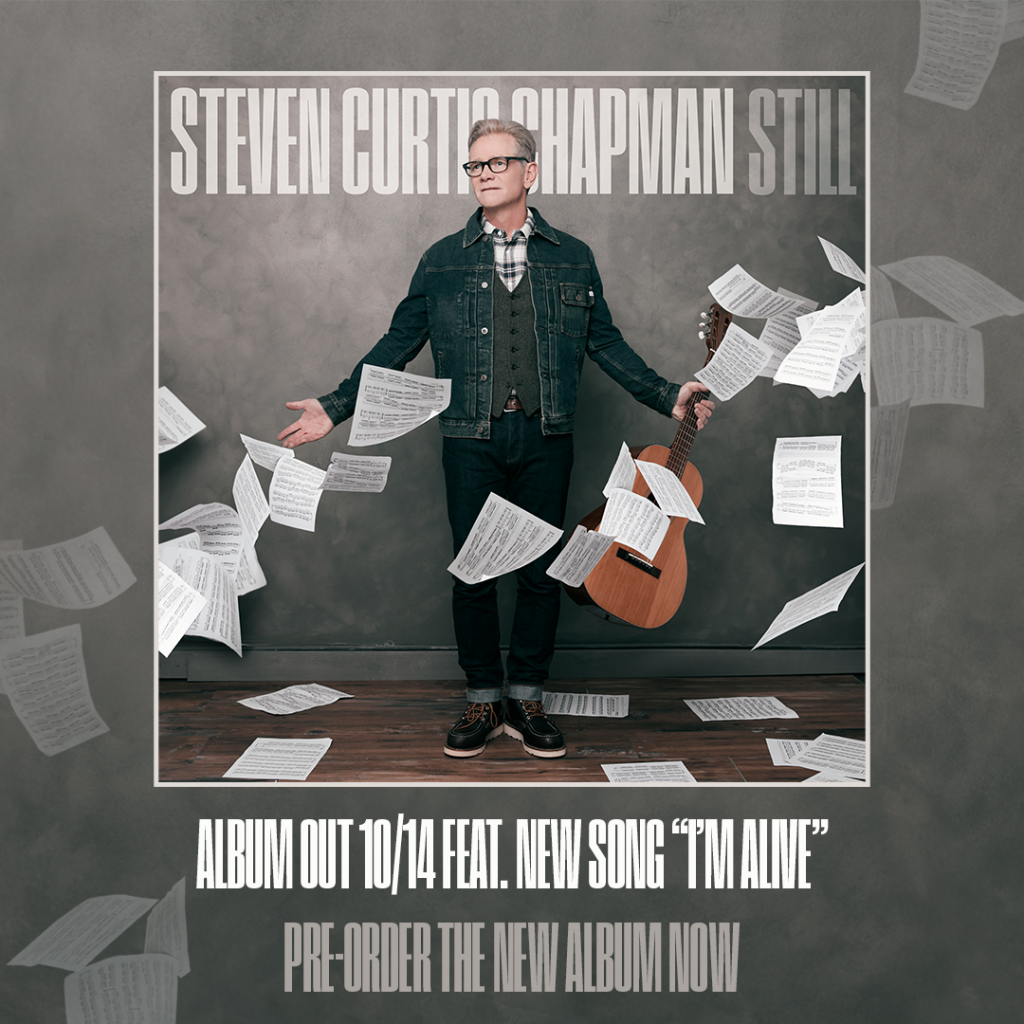 Provident/Sony Music and Steven Curtis Chapman announce the October 14 release of his latest album, Still. A pre-order for the anticipated new album from the multi-GRAMMY® Award-winning artist/songwriter are available now, along with three instant grat songs – the previously released title track, his current single “Don’t Lose Heart,” as well as “I’m Alive.” A […]

I’m really excited to share this new song that I pray will be an anthem of hope and encouragement! There’s no way I’d be where I am on this journey without the people God has put around me who have cheered me on, encouraged me in the dark valleys and reminded me that I’m not […]

My new song “Still” is now available to listen to on all music platforms!

My new song “Still” is now available to listen to on all music platforms! 35 years ago I released my first record and began what a songwriter once called a “great adventure”! I never imagined in my wildest dreams that I’d have the opportunity 35 years later to once again pour out what’s in my […]

Sign up and be the first to receive special announcements, exclusive offers, merch discounts and more!