BEHIND THE SCENES ON THE "GLORIOUS UNFOLDING” MUSIC VIDEO 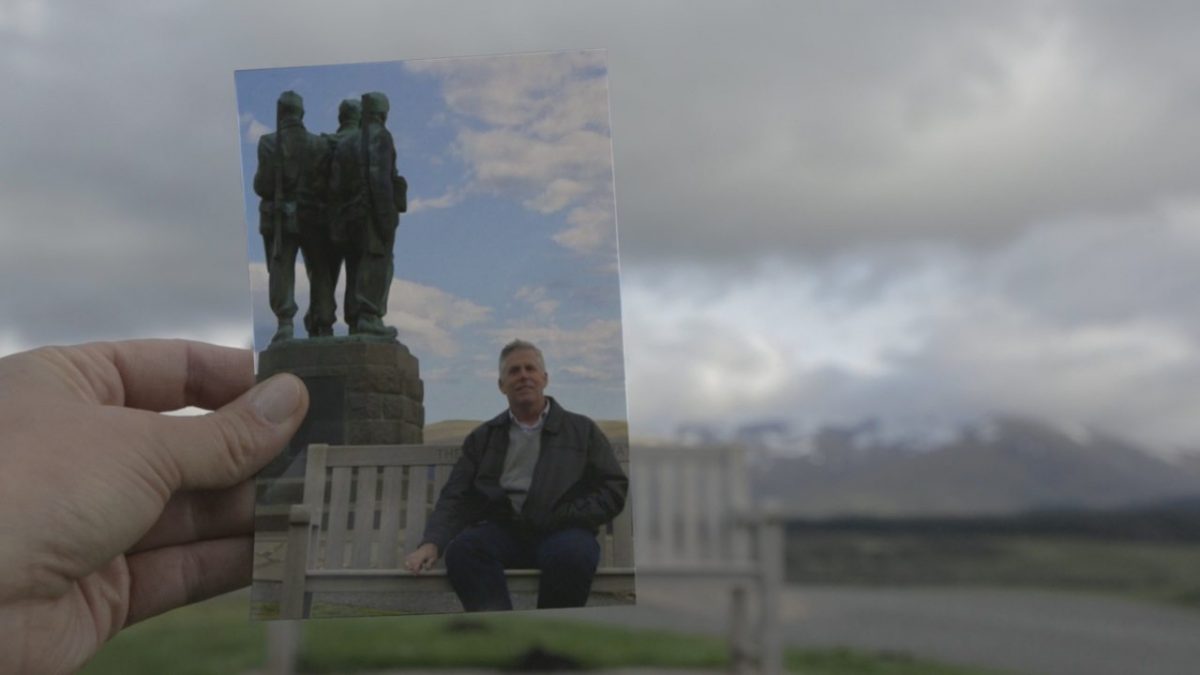 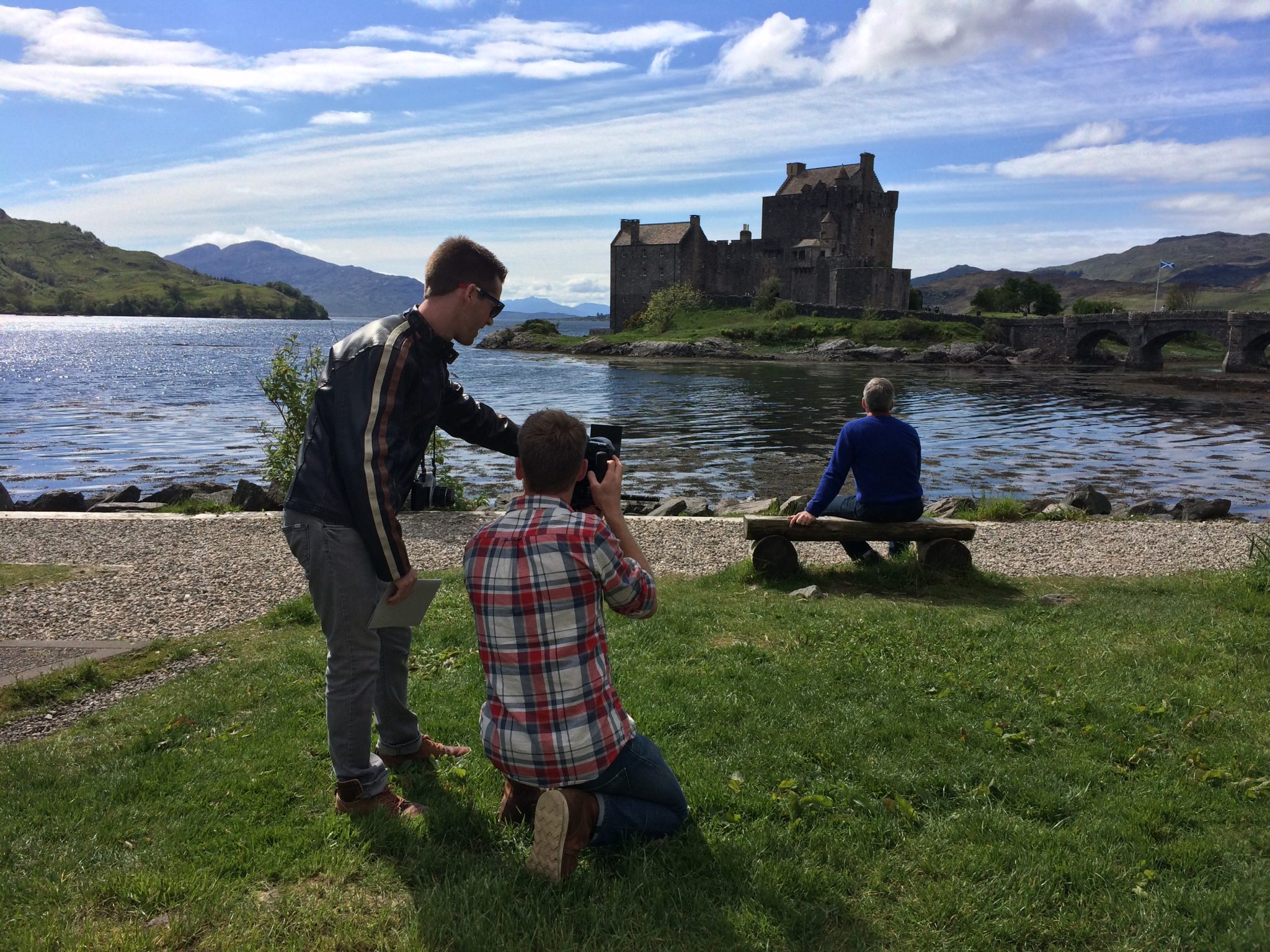 StevenCurtisChapman.com spoke with Ry Cox, writer and director of the “Glorious Unfolding” music video to get insight on the making of the video.

The story told in the “Glorious Unfolding” music video centers on a young woman who has just lost her father. Her sadness takes her to his home where she finds her dad has left behind a series of clues leading to his final letter to her. What unfolds is a sort of treasure hunt to experience the goodness of God. Steven says, “this story and adventure in the video beautifully mirrors the meaning of the song itself, if we trust our Father we’ll be able to see it, He is unfolding an incredible story. Even in the hard chapters, easier to see in the great stretches, we can see its glorious if we watch for it.”

As it turns out, the filming itself was also that same journey, that same unfolding. StevenCurtisChapman.com spent some time with Ry Cox, writer and director of the “Glorious Unfolding” music video to take you behind the scenes.  “We realized on the final night in the UK that we as the crew had also lived the story we were telling in the video” Ry reflects, “because we weren’t able to scout locations ahead of time, we embarked with only a vague idea of where we were going.  We had researched places we thought would be the right fit for shooting, but didn’t have a finely tuned plan. We had to trust God for the right spots and the right weather and discover everything along the way, just as the character did. The making of the video is kind of a crazy story.  It feels like just about everything about it was slightly miraculous.”

Ry was already headed to Ireland and the UK for another shoot. He had decided to stay an extra week to explore in the Highlands of Scotland, but knew that would be an expensive journey.  He commented to a friend in a coffee shop about this predicament and the friend prayed on the spot, “Lord, give Ry the right project so he can do this trip without any financial burden. Amen.” Apparently, we need to get this friend to pray for us sometime soon jokes StevenCurtisChapman.com because Ry was still in the coffee shop that same morning when his phone rang with a call from Steven’s label requesting date availability and a treatment, a music video story idea, from Ry. At first Ry said, he couldn’t do the video because he would be in Scotland those days, exploring the Highlands, and then it hit him, “What if we shot shot the video in Scotland?!” The treatment came quickly from there.

It was a short timeframe with so much to do, so Ry turned to his trusted team, his dad and brother. Good call Mr. Cox. Ry and his brother Drew attended film school at Chapman University (yes, Chapman University) an excellent film school in Orange, California. Drew and Ry often worked together on projects through film school and Drew is a talented producer and visual special effects artist. Check. And the Cox boys’ dad, Graeme, by day consults on logistics in the aftermath of natural disasters. In his spare time his logistical genius comes in very handy on a video shoot. Ry had already tapped his dad for the trip to explore the highlands before that prayer in the coffee shop provided the budget. 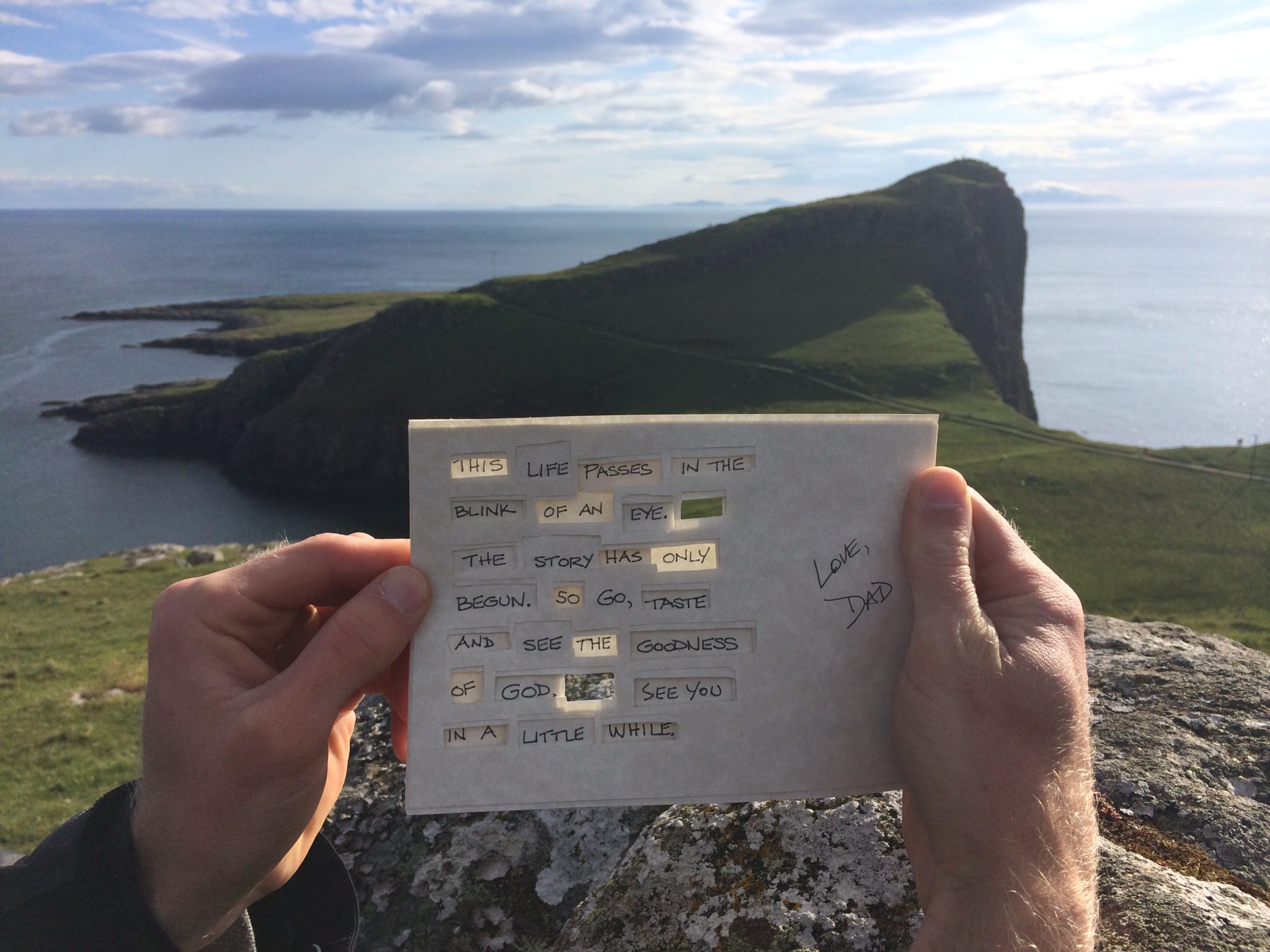 Cox explains, “Before I got the call to write this video I had invited my father, Graeme, to go on an adventure with me. We’d shoot landscape footage and take in the sights. He agreed to come help, drive the car while I shot, and help carry gear on hikes. We’ve always talked about how good he would be as a producer, so when this project was confirmed he dove in head-first to pre-production. My father arranged all of the details of the trip from travel to accommodation as well as being the body double for the father character in the video. The original plan was to look into casting someone else to play the role of the father and photoshop stills of his head onto my dad’s body since we couldn’t afford to travel with another actor. Once we got all the scenes shot we realized that he actually fit the role quite well. So, Graeme Cox ended up being Producer, Driver, and Actor all in one.”

“Fun Fact: I explained the idea of the letter to my dad. He and Drew did all of the work to handwrite it and figure out how to cut it all up and make it work like a puzzle.  Definitely more complicated than it looks.” — Ry Cox

Now for an actress. The way they planned to shoot the video “running and gunning” called for a flexible and easy to travel with actress. Preferably, one they already knew. Enter Emilia McCann, who Ry had attended church with for a few years prior and had previously traveled with internationally.  Hearing the concept, Emilia was all for it with an important assist from her boss, Ami, who let her take off work in Emila’s words “at the very worst time. But she told me ‘This is a once in a lifetime opportunity, you can’t miss it, you have to go.’” Shout out to Ami Rowland at a foster care/adoption non-profit called Olive Crest. Yes, though Steven Curtis Chapman didn’t know it, the actress in the video just happens to work in orphan care.

Some behind the scenes on the video itself. 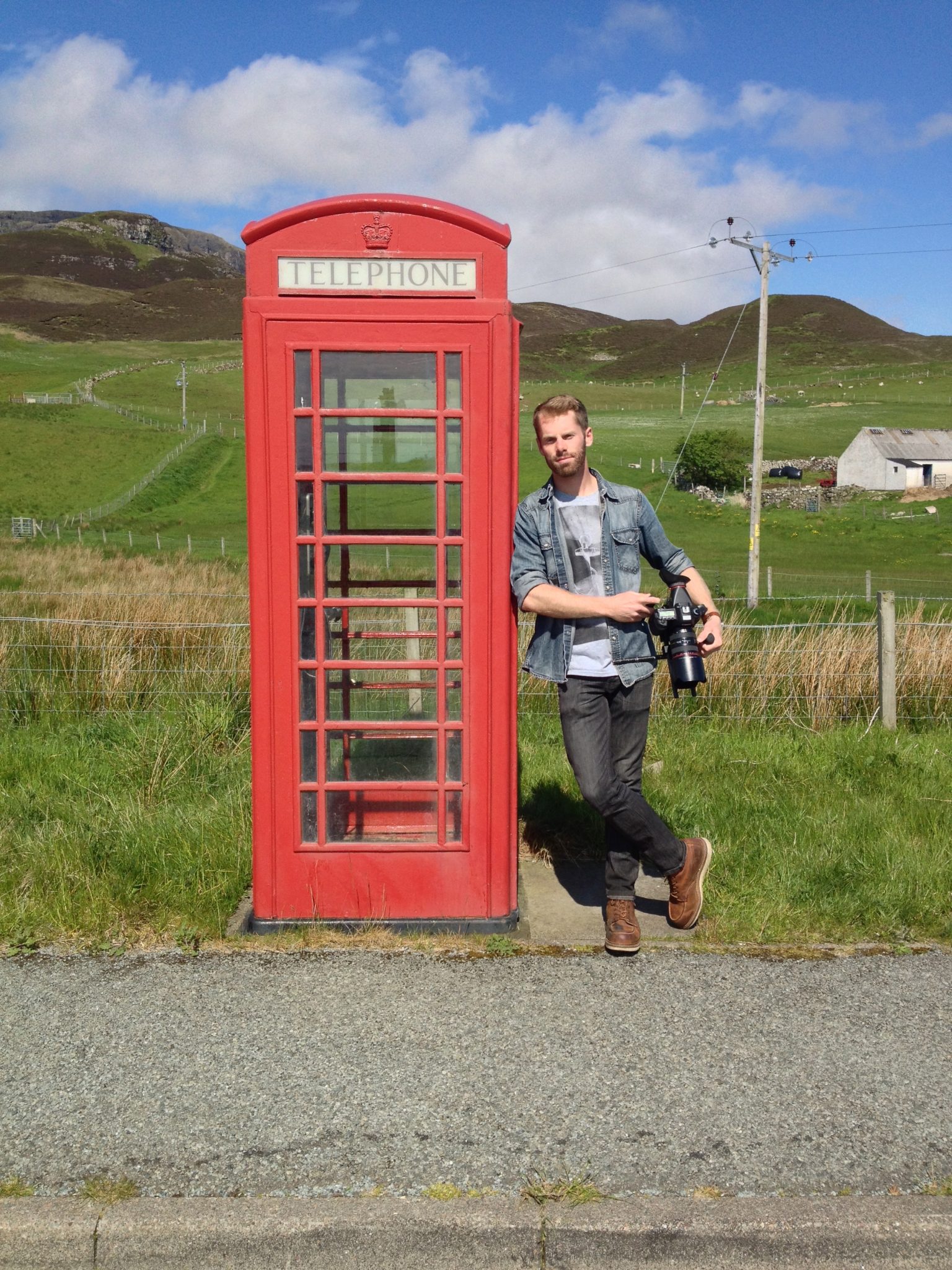 The music video was filmed in London, Edinburgh and then Glasgow for all of the city and train scenes. In between those book ends, the 4 person team rented a car and drove up into the Highlands, heading for the Isle Of Skye and stopping along the way at some locations they knew about and some that they just happened to see off the side of the road.

“We shot near Glencoe, Loch Ness and Eilean Donan Castle en route. We shot all over the Isle of Skye, but the places I had heard the most about and knew I wanted to shoot were a rock formation/hill area called the Quiraing and an ocean cliff called Neist Point.  Neist Point is where we filmed the final scene up on the hill” recalls Ry. “It was supposed to rain every day. The forecast called for rain and it rained a lot. But every time we needed it to stop, as if on cue, it would just stop. It was better than clear skies. It was clouds and sunshine, way more dramatic,” says Ry who credits his dad for his faith and prayers. “My dad asked me, ‘what kind of weather do you need?’ and I would say, I want clouds with sun. He would pray right there, commanding the weather to be exactly what we needed it to be.” You can see the results in the video. God answered.

God, it turns out is also a helpful location scout. Ry explains, “after arriving in Edinburgh via train I literally ran on foot all over, looking for the perfect location for the scene where she finds the first note. I didn’t see anything promising.  We got our rental car and grabbed a late lunch before driving around the city, trying to find the right spot. I was praying, “Lord, show us the place.” We caught a glimpse of a statue at the end of a street and I said I wanted to check it out. It turned out to not only have a perfect view of the castle in the background, but also had little crevices between the stone foundation and metal plaque where the first note could be hidden. Then, I suddenly realized that directly below one of the crevices was the word “GLORIOUS”.  He showed us the place.”  Glorious marks the spot. 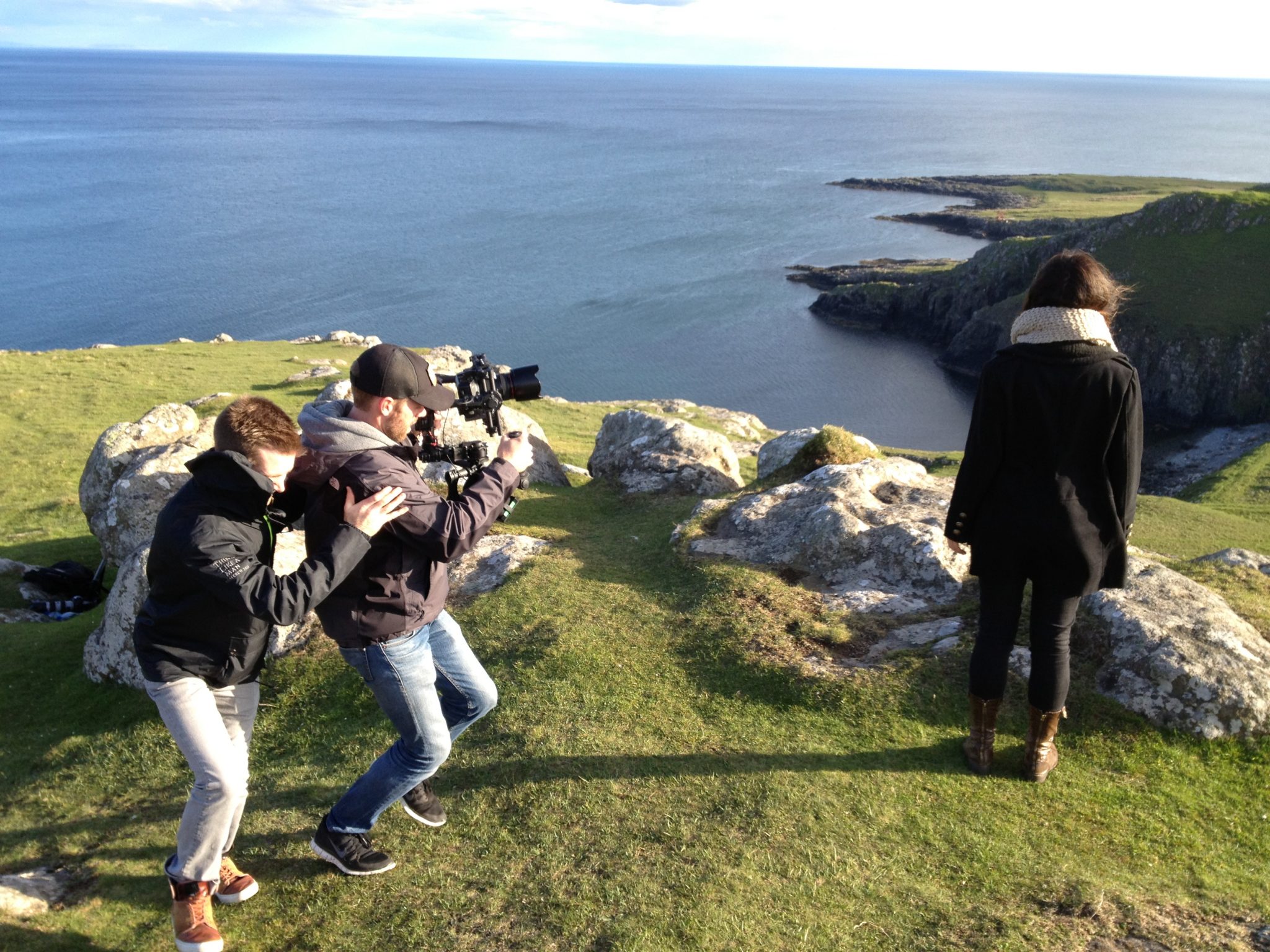 Back in the states, Steven’s portion of the video was shot on a soundstage in Nashville using a backdrop of landscape footage that had been filmed along the way in Scotland and on a previous trip Ry had taken to New Zealand. Ry edited the footage on his flight back to the states due to limited time in Steven’s schedule, as he was about to head out for a trip to China. Ry flew to Los Angeles to film the opening scene at two houses in Pasadena, California. The shots in the study where she discovers the last will and testament are actually in Ry’s parents’ home, while the earlier shots in the sequence are in their neighbors’ house across the street.

Cox says, “In all we filmed for 10 days, in 3 countries, on 2 continents and 2 states and spent about 2 weeks cutting all of the footage down to the finished product followed by 1 week of visual effects work.”

Fun Fact: Although we did our best to hide it in the video, Emilia has a tattoo on her right hand that says “El Roi” which, in Hebrew, means “the God who SEEs”. 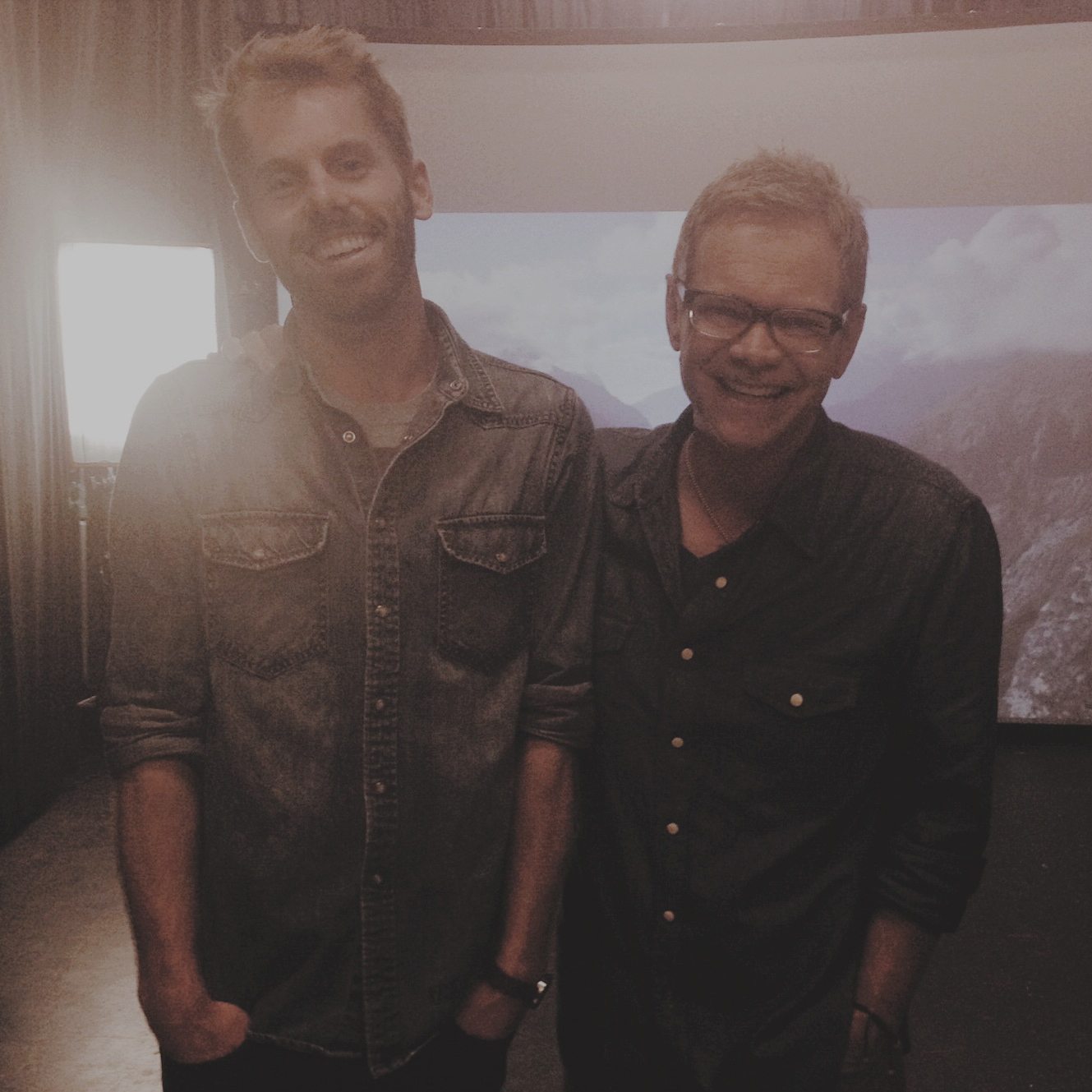 Due to the logistics the team knew they wouldn’t have time to print actual photos to use in each location they found, so they turned to visual effects.  Having spent the last 4 years producing VFX for feature films in LA, Drew proved invaluable to the project.  The plan was to have him advise from California on the best way to accomplish the shots, but just two days before the shoot began he felt God wanted him to go.  He volunteered to pay his own way, oversee the VFX shots, be camera assistant and then devote days of post production to modify, track and composite the photos. Drew’s stellar work provides some of the most dramatic moments in the video. His last minute decision to come to the UK at his own expense was pivotal in the video getting done.

Fun Fact: Drew can be seen giving Emilia directions when she arrives at the station in Edinburgh.”

The incredible reviews the video has received are well deserved in StevenCurtisChapman.com’s view. Thanks to the Cox team for their incredible efforts. And for taking time with us. We’d love you to share the video, so pleased be sure to spread the link.  http://youtu.be/GKMjEvF2Fkw 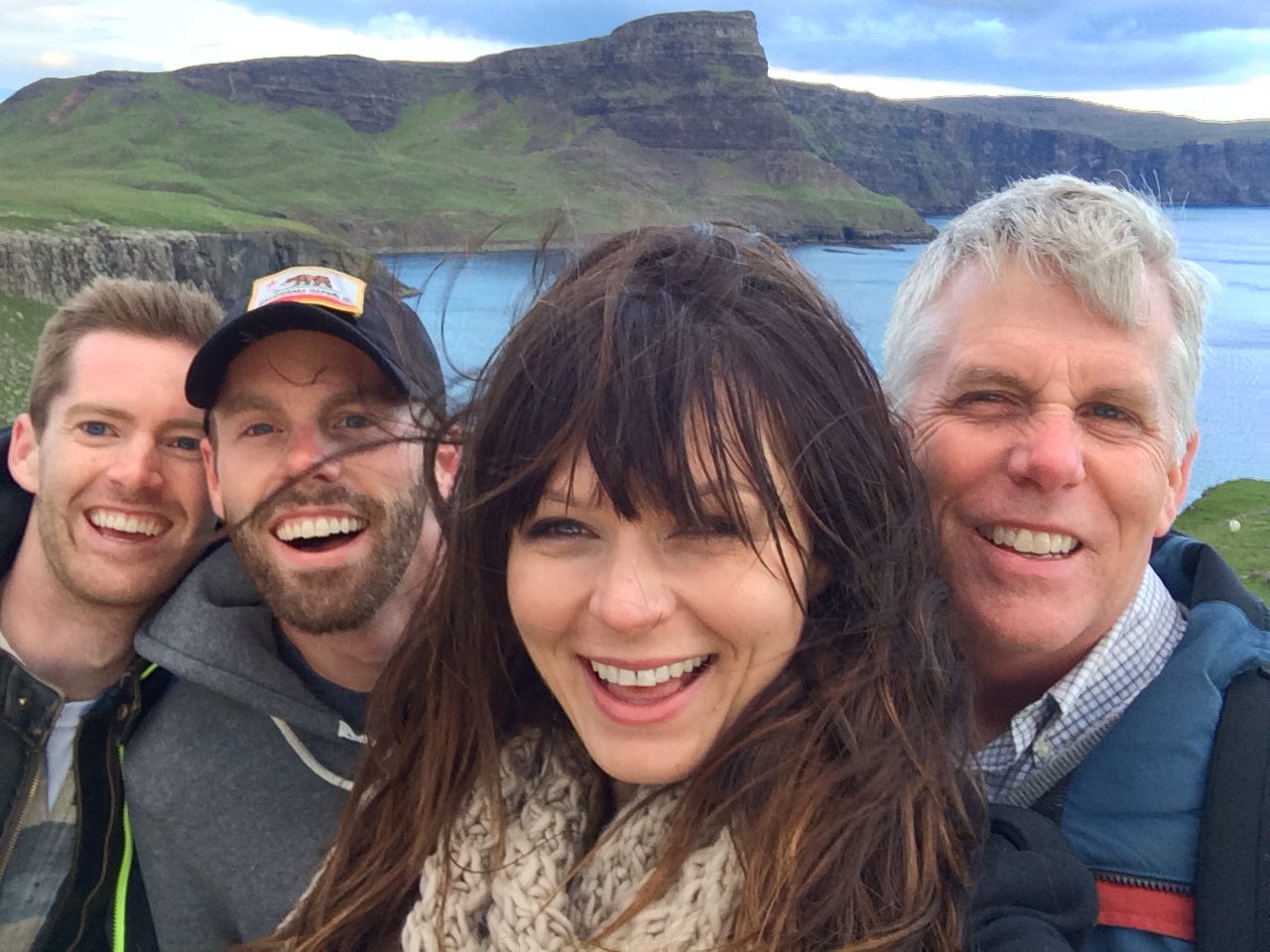