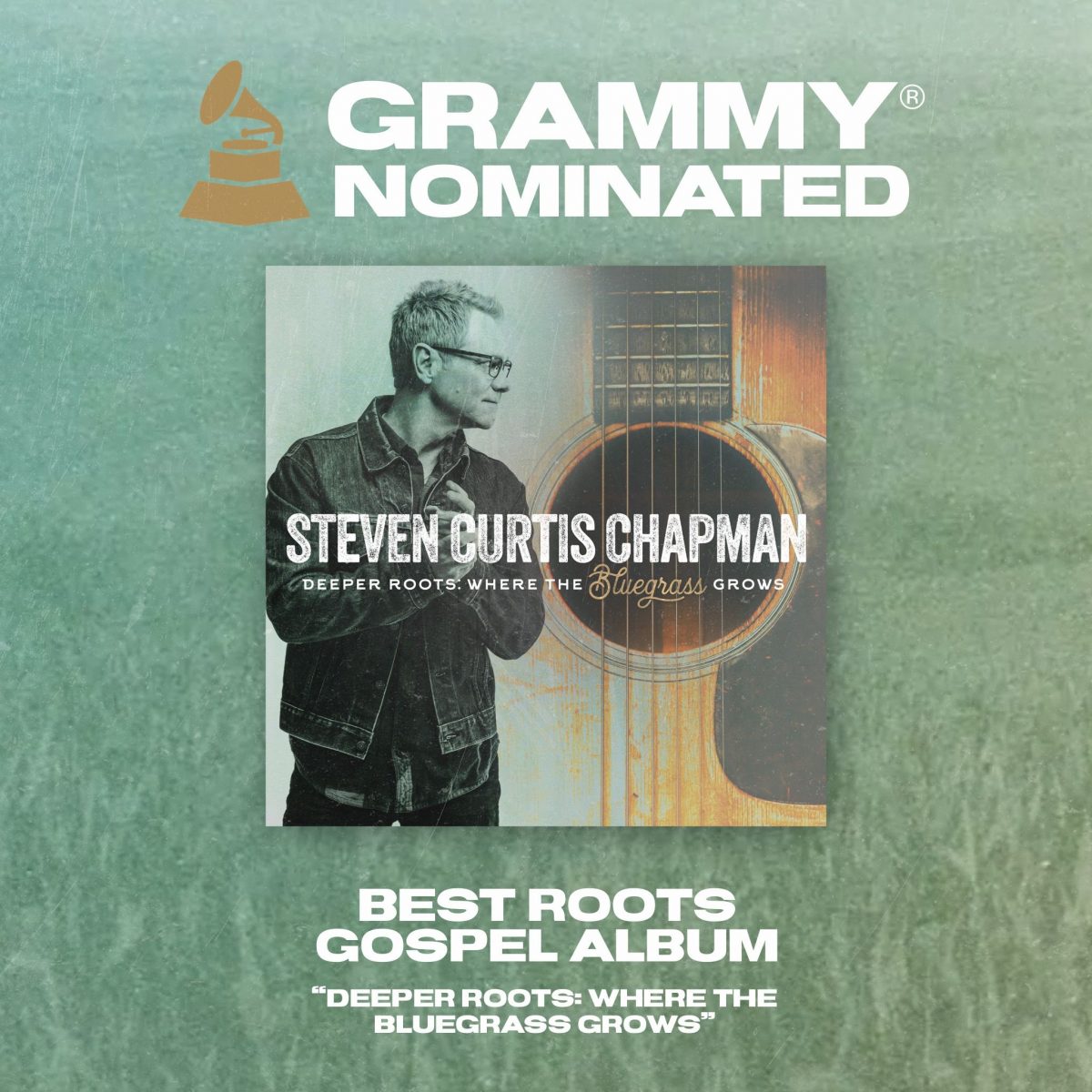 The Recording Academy will present the GRAMMY® Awards on Sunday, Jan. 26, 2020, live from Los Angeles’ STAPLES Center and broadcast on the CBS Television Network from 8:00–11:30 p.m. ET/5:00–8:30 p.m. PT.“As a boy from Kentucky who grew up on Bluegrass music, to get to make a Bluegrass record with some of the best musicians in the world and have my dad, my brother, my son, Ricky Skaggs and Gary Levox sing on it with me…that was a dream come true. To have that record be nominated for a Grammy…I couldn’t even dream up something that amazing! I’m so honored and so grateful!” exclaimed Chapman. Deeper Roots was produced by Chapman and Brent Milligan, engineered by Milligan and Brent King, mixed by Milligan, King and Sean Moffitt and mastered by Brad Blackwood at Euphonic Masters. The homage to the Kentucky native’s rural heritage features a mixture of familiar hymns, fan-favorite hits and brand-new songs. With Deeper Roots, Chapman earned his second No. 1 on the Billboard Bluegrass Albums chart and first No. 1 on the iTunes Country Albums chart. The platinum-selling singer-songwriter also celebrated his 49th career No. 1 on Deeper Rootsas the lead single “Dive,” featuring Ricky Skaggs, topped the Bluegrass Today Weekly Airplay chart. “Dive” was originally released on Chapman’s GRAMMY®-winning album SpeechlessStream or download Deeper Roots at https://scc.lnk.to/deeperroots