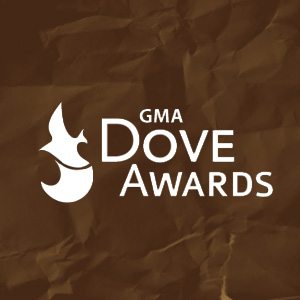 The Glorious Unfolding makes impressive debut, “Love Take Me Over” breaks into Top 10 at AC Monitored

The award comes on the heels of Chapman’s first full-length studio album release in seven years, The Glorious Unfolding. The album debuted at No. 2 on the Billboard Christian Albums chart and received widespread critical acclaim. In addition to a number of 5 star reviews, Beliefnet.com championed the album as “a mixture of everything that makes [Chapman] great. It’s honest, raw, clever, powerful and even playful…it is uplifting in a way only someone who has dealt with tragedy and loss can truly express it in words.” Rhapsody called the album “a return to the upbeat pop [Chapman] does best.”

The success of the album continues to shine through on the first single “Love Take Me Over,” which garnered 42 radio adds on its first week, one of Christian music’s highest add dates of 2013. The single has held strong at the No. 3 spot on the Christian AC Indicator chart, recently broke into the Top 10 on Christian AC Monitored and peaked at No. 8 on the National Christian Audience chart. Chapman is supporting the single and album by partnering with KLOVE, The Joy FM and WAYFM to give fans the chance to win a trip to his New York City Carnegie Hall show in February 2014.

“The Glorious Unfolding Tour” kicked off earlier this month to three sell-out shows in Texas. A west coast run continues this weekend and then capacity crowd concerts with Chapman, Laura Story and Jason Gray are expected on the run through November 24. For current information on the tour, visit StevenCurtisChapman.com.

The 44th Annual GMA Dove Awards was held at Lipscomb University’s Allen Arena in Nashville, Tenn. The entire event will be televised exclusively on UP Television Network on Monday, October 21 at 8:00 PM ET.

About Steven Curtis Chapman:
Steven Curtis Chapman has sold nearly eleven million records including two RIAA certified platinum albums and eight RIAA certified gold albums. Along with his five GRAMMY® awards and 16 nominations, Chapman has won an American Music Award, has recorded 47 No. 1 U.S. radio hits and been awarded 58 Dove Awards, more than any other artist to date. Since his recording career began in 1987, Chapman has recorded seventeen projects. He has performed at the White House and has appeared on multiple national programs via CBS, NBC, ABC, CNN, MSNBC, CMT, FOX News, the Hallmark Channel and E!, including Good Morning America, Larry King Live, Fox & Friends, Huckabee, CBS Sunday Morning, The Tonight Show with Jay Leno and more. Chapman and his wife Mary Beth created Show Hope after bringing their first adopted daughter, Shaohannah, home from China in 2001. The ministry’s goal is to raise awareness about orphan care as well as to help families reduce the financial barrier of adoption. Now celebrating its 10th year of service, Show Hope has provided adoption grants to more than 4,000 families wishing to adopt orphans from around the world. Visit www.ShowHope.org.