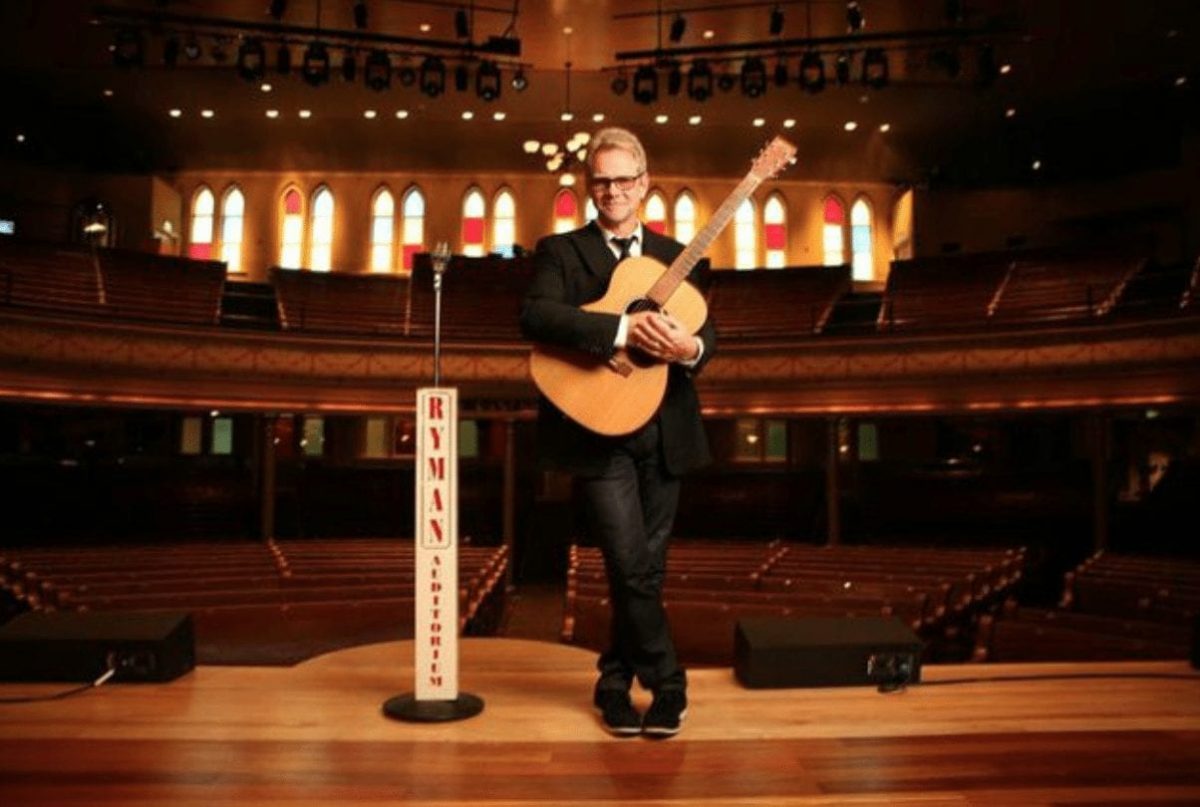 NASHVILLE, TN (SEPT. 15, 2014) This fall, multi-platinum selling recording artist Steven Curtis Chapman will host the revival of popular concert series, “Sam’s Place – Music for the Spirit” at Nashville’s Mother Church, Ryman Auditorium. The initial six month run will start on November 2 and continue for one Sunday each month (dates below). “Sam’s Place – Music for the Spirit” invites artists from all genres of music to share songs with an uplifting spiritual message and pay homage to the Ryman’s tabernacle roots. Portions of the Ryman concerts will be used to produce a one hour radio show that will air monthly on the K-LOVE radio network starting next year. Confirmed guests for the series include former American Idol Danny Gokey, Amy Grant, Brandon Heath, Mercy Me, Ricky Skaggs, Michael W. Smith, Ray Stevens, Tenth Avenue North and Third Day. Additional artists will be announced throughout the run.

“Sam’s Place – Music for the Spirit” takes its name from charismatic evangelist Samuel Porter Jones (1847-1906), who gained fame in the region for his energetic sermons filled of fire and brimstone during the mid-1880s.  On May 10, 1885, he led a tent revival in downtown Nashville for more than 5,000 which was attended by riverboat captain Thomas Green Ryman (1841-1904).  Ryman experienced a conversion that night and, inspired by the multitude unable to find room under the tent, made it his mission to construct of a great tabernacle “for all denominations” to join in worship. Seven years later, the Union Gospel Tabernacle opened its doors in 1892.  It was Jones, while delivering Ryman’s eulogy at the Tabernacle on Christmas Day in 1904, who proposed the building’s name be changed to Ryman Auditorium to thunderous agreement.

The first incarnation of “Sam’s Place” debuted at the newly renovated and reopened Ryman in 1994 with Gary Chapman as host. Over a five year span the series welcomed the biggest names in Christian, country, gospel and bluegrass including, Amy Grant, Billy Ray Cyrus, Dobie Gray, Faith Hill, Little Big Town, Marty Stuart, Michael McDonald, Michael W. Smith, Ricky Skaggs, Vestal Gooman, Wynonna and many more.   Twenty years later, at the onset of a multi-million dollar expansion project, the historic building will once again pay tribute to its tabernacle roots with the revival of the series.

Host Chapman is the most awarded artist in Christian music with fifty-eight Gospel Music Association Dove Awards, five GRAMMYs®, forty-eight #1 singles and nearly eleven million albums sold.  As part of the Christian music scene since the 1980s, he has eight RIAA-certified gold or platinum albums to his credit. A vocal supporter of adoption, Chapman, along with his wife Mary Beth, founded Show Hope in 2003, a nonprofit organization that helps restore the hope of a family to orphans in distress. Since its inception, Show Hope has helped provide forever homes through Adoption Aid grants for more than 4,000 orphans from 50+ countries, including the U.S. In addition, more than 1,500 orphans with special needs have received critically needed medical care through Show Hope’s Special Care Centers, giving them a hope for a family and a future. Through numerous other programs for individuals, students, families, and communities, Show Hope is mobilizing a movement to care for the world’s children who need it most. For more information, please visit www.showhope.org. A portion of the proceeds of Sam’s Place ticket sales will go to Show Hope and Chapman plans a moment to “show hope” in each Sam’s Place.

“As a performer there isn’t a stage more special to stand on than the Ryman’s. It’s got an  amazing history and I’m really excited to be a part of a series created in the spirit of taking the Ryman back to its originally intended purposes,” Chapman said.  “’Sam’s Place’ allows us to tap into the Ryman’s heartbeat from the beginning. In this legendary building where “all are welcome” we will come together as children of God to enjoy the gift of music. All arewelcome; artists from all genres of music, country, Christian, gospel, bluegrass, pop, rock, every form we enjoy here in music city. This show allows us to come together around the common thread of our faith woven through the songs.  I love this because no matter what genre, ‘Sam’s Place’ is an event that gives artists a stage to acknowledge their faith and its importance as a part of who they are.”

Portions of “Sam’s Place – Music for the Spirit” will be compiled for a one hour broadcast on the national K-LOVE radio network starting in 2015. K-LOVE is the largest radio network in the Christian radio format with more than 446 stations in forty-seven states reaching eighteen million listeners. K-LOVE can be heard locally in Nashville on 97.1 FM.